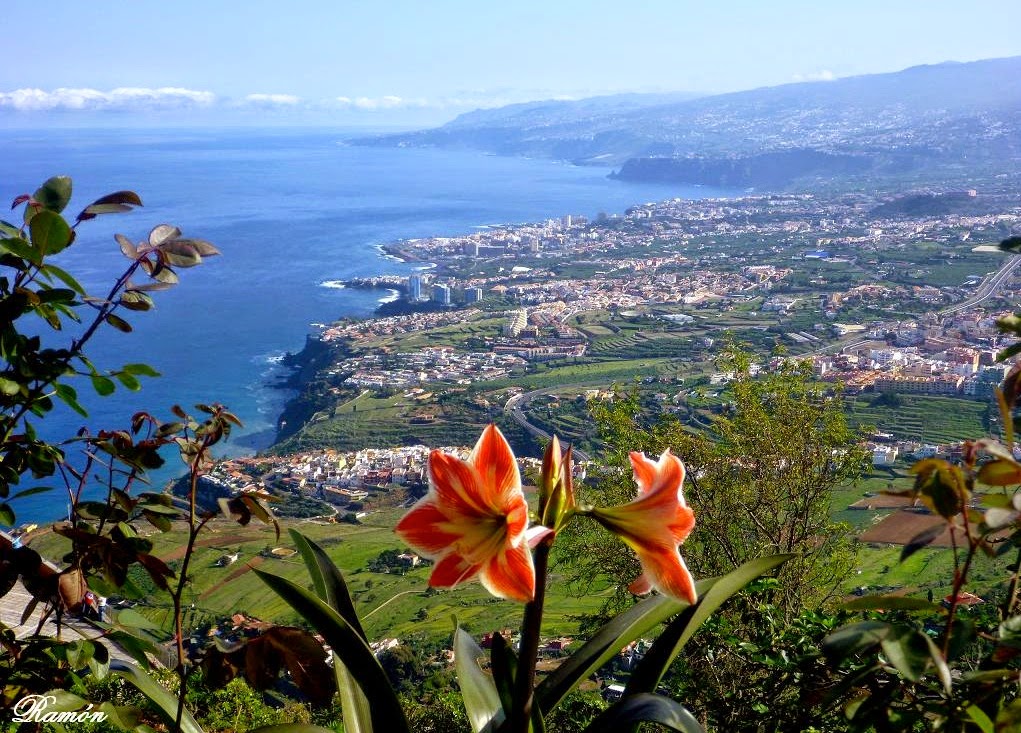 In the north of Tenerife there is located a beautiful green landscape with lava formations and palm groves. It is the “Valle de La Orotava,” which begins at the foot of the Teide, Spain’s highest mountain, and extends to the sea. The valley is not only one of the most beautiful places on the island, it also has a past full of stories. In the “Valle de La Orotava”, which was called by the Guanches “Valle de Taoro”, the conquest of the island by the Spaniards ended in 1496 and it was there where the first church of Tenerife was built, the “Parroquia Matriz del Apóstol Santiago” in the municipality of Los Realejos. Even Alexander von Humboldt fell in love with the “Valle de La Orotava” in 1799 during his six-day visit to Tenerife and praised the beauty of the valley in his later writings. Nowadays, from the “Mirador Humboldt” you can admire the landscape and a bronze statue of the explorer.
END_OF_DOCUMENT_TOKEN_TO_BE_REPLACED

Close to the beach “Playa de Garcey” on the west coast of Fuerteventura there is located the wreck of the “American Star”. It was once a luxury cruise ship, but today it is almost completely submerged in the sea. The turbulent history of the luxury liner begins in 1939 when the ship was baptized by the First Lady Eleanor Roosevelt on the name of SS America. During World War II the ship was used by the army and it got a new name: USS West Point. Despite many attacks and countless trips across the seas, the ship survived the war unscathed. After World War II, the glamorous interiors were restored and the ship experienced its heyday as a cruise ship. Over the years, the ship was renamed several times and among other things it was used as a way of transport between Australia and New Zealand.
END_OF_DOCUMENT_TOKEN_TO_BE_REPLACED 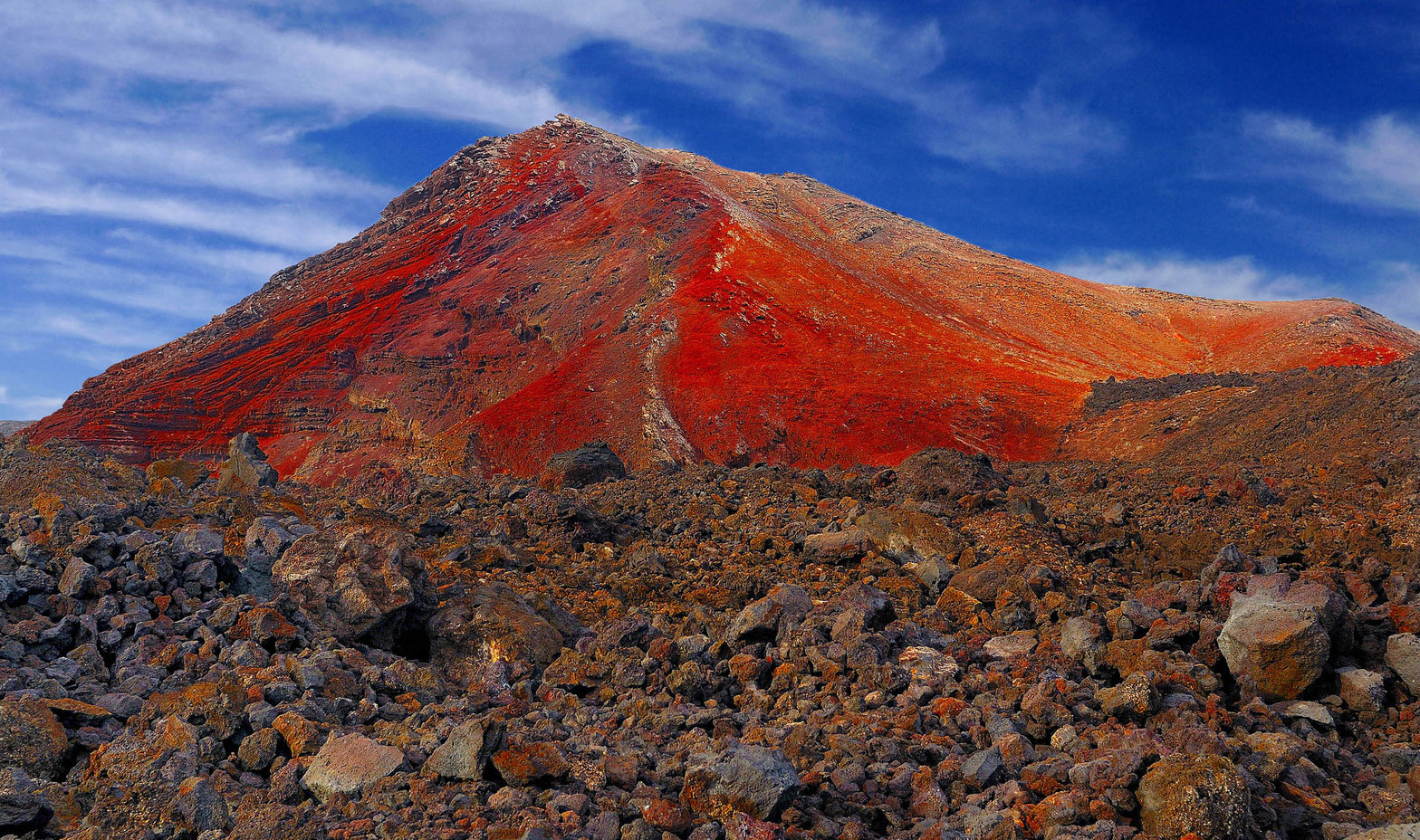 The National Park of Timanfaya is also known as “Montañas de Fuego” (“Fire Mountains”) and offers a unique experience. Three-quarters of Lanzarote are covered with lava – the result of about 100 volcanoes and 300 craters. The last eruptions took place in the 18th century and in 1824. The eruptions in the 18th century destroyed several villages and covered the most fertile lands of Lanzarote with lava – a large part of the population was forced to leave the island. Today the National Park offers visitors a spectacular scenery consisting of lava formations with various red and brown tones. The sparse vegetation consists of scattered succulents, lichens and prickly bushes. Various demonstrations show that today there are still very high temperatures only a few meters below the earth’s surface – at the most popular demonstration water is poured through a pipe into the ground, creating an impressive steam fountain. A 14-kilometer route (“Ruta de los Volcanes”) allows to enjoy the scenery and the area also can be explored with camels. A popular destination in the National Park is the restaurant “El Diablo”, which was built by César Manrique and has a grill that works with the heat of the earth. The exquisite Canarian dishes are the perfect ending for a great day between the volcanoes!
END_OF_DOCUMENT_TOKEN_TO_BE_REPLACED

From 21 August to 8 September the feast “Fiesta de Candelaria” takes place in the village of Tijarafe on La Palma. The festivities give you the opportunity to experience music, folklore and Canarian culture. The highlight of the festival takes place in the night of 7 September to 8 September when the “Diablo”, the devil, accompanied by the “Gigantes” and “Cabezudos” appears between the dancers. The “Diablo” is one of the villagers, who is dressed in a devil costume and is equipped with fireworks. The “Danza del Diablo” represents the struggle between good (“Nuestra Señora de Candelaria”, the patron saint of Tijarafe) and evil (the devil). This ceremony takes place since 1923 and has evolved and improved steadily over the years. The “Danza del Diablo” also has gained popularity over the years and nowadays it attracts visitors from all over the world. On September 8 the final act of the ceremony, which consists of the eucharist, a procession and fireworks, takes place.
END_OF_DOCUMENT_TOKEN_TO_BE_REPLACED 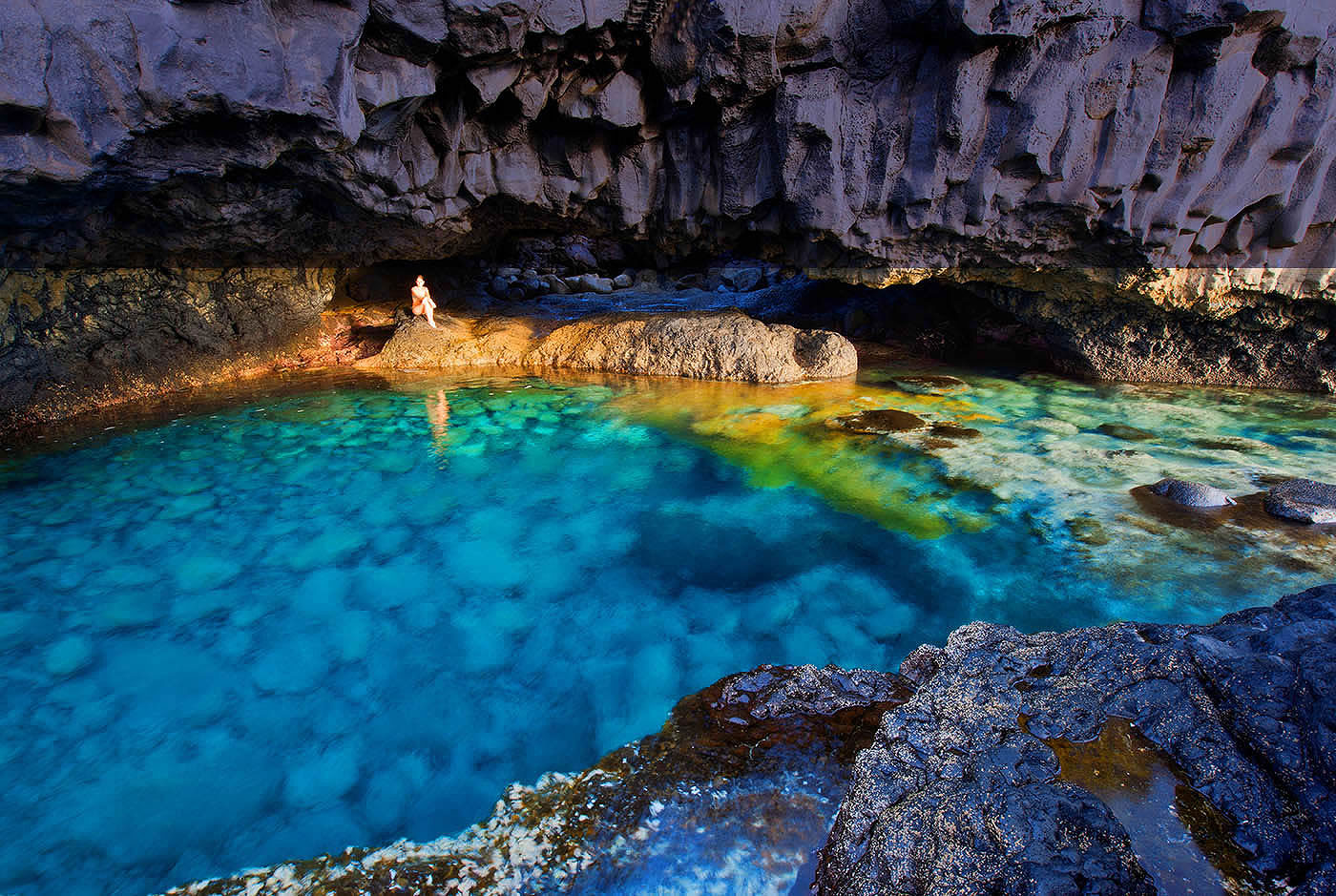 The Garoé is a tree located in San Andrés and it is one of the highlights of El Hierro. The “holy tree” was appreciated by the natives of the island, the “bimbaches”, because it provided them with condensed water from its leaves. Legend says that the natives tried to keep the tree in secret from the conquistadors, but a young woman fell in love with a Spanish soldier and revealed the secret. The tree was destroyed in 1610 by a severe storm and the current tree was planted in 1949 by the residents of Valverde to commemorate their ancestors. Today near the tree you will find a “Centro de Interpretación” that explains the history of the tree. The Garoé is located in the protected natural area “Espacio Natural de Paisaje Protegido Ventejís” and a trip to the “holy tree” offers a beautiful view of nature.
END_OF_DOCUMENT_TOKEN_TO_BE_REPLACED 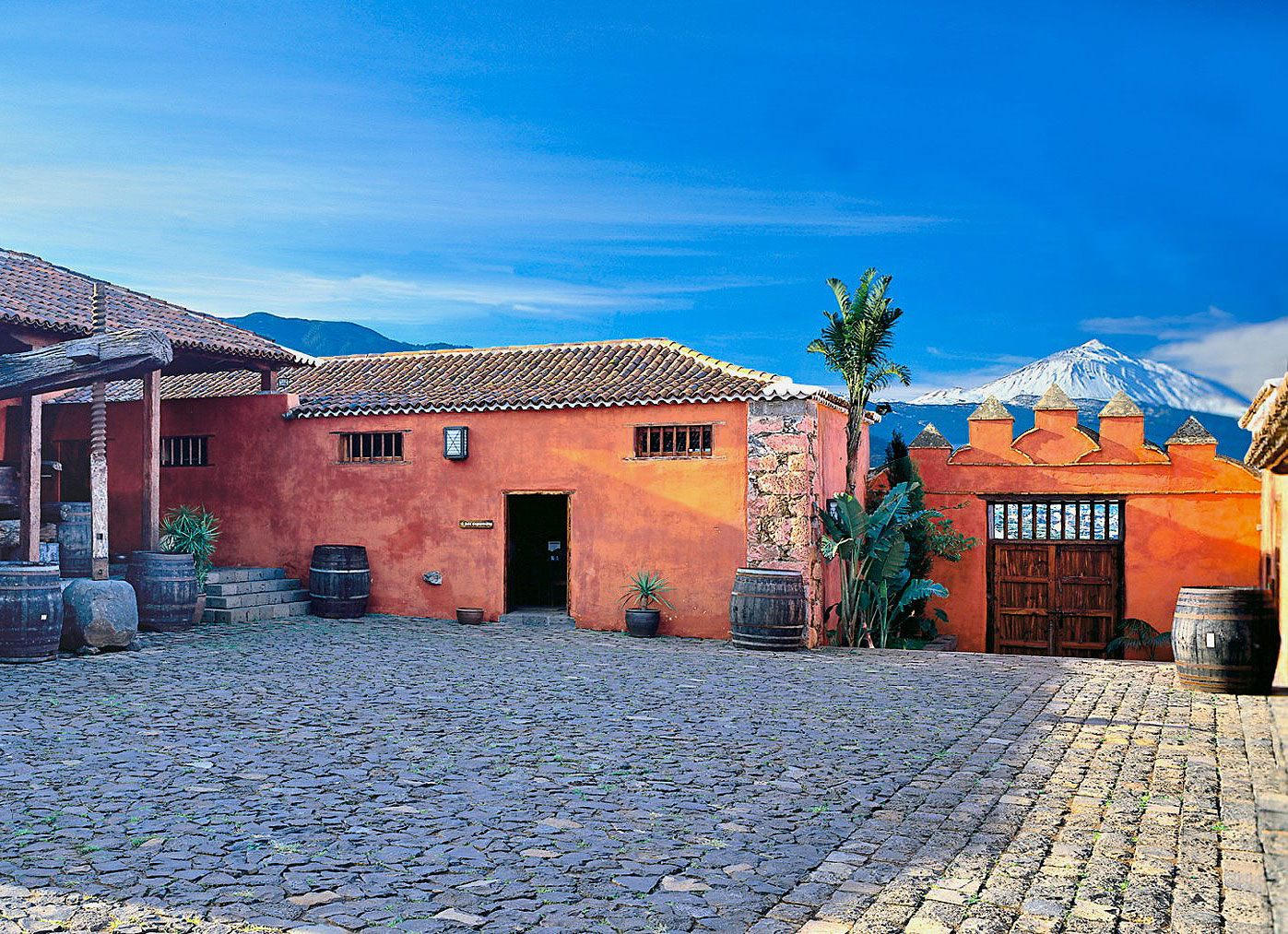 The “Casa del Vino de Tenerife“ is a very special holiday hightlight, which is located in Sauzal in the north of Tenerife. The style of the house is typical Canarian and inside there is a wine museum “Museo del Vino”, which tells the story of the wine on the island of Tenerife, a wine cellar and a wine shop, a hall for wine tasting, a garden with grapevines and a restaurant that offers the exquisite delights of local cuisine. The well-stocked wine cellar of the “Casa del Vino” offers tastings of local wines in a beautiful setting – the island of Tenerife offers an amazing wine culture, which is also internationally popular. There are also a showroom in which regular art exhibitions take place, an information center for the honey of the island and a museum about the biological diversity of the island for agriculture and food. A perfect excursion to spend a few precious hours! The “Casa del Vino” is located very near our wonderful Apartment Mara – a holiday paradise with ocean view.
END_OF_DOCUMENT_TOKEN_TO_BE_REPLACED